We had a gorgeous summer-into-fall day, perfect for juxtaposing pretty against eerie, on Wolfe Island. In the cemetery, close to Kingston, Ontario – a point on the map infused with meaning, we celebrated my recently departed Grandmother and embraced the beauty of a place steeped in history. On this new journey, I found myself enjoying a walk in an old familiar place. I have never found churchyards scary, growing up for the first years of my life with a bedroom window that overlooked an Anglican cemetery. This was where I played hide and seek and went to read books, and sing in the choir. I love the way these photos turned out. They are magical and strange, like the changes that take place in the body as it prepares for new life. He is due to arrive near Hallowe’en and we couldn’t be more thrilled. 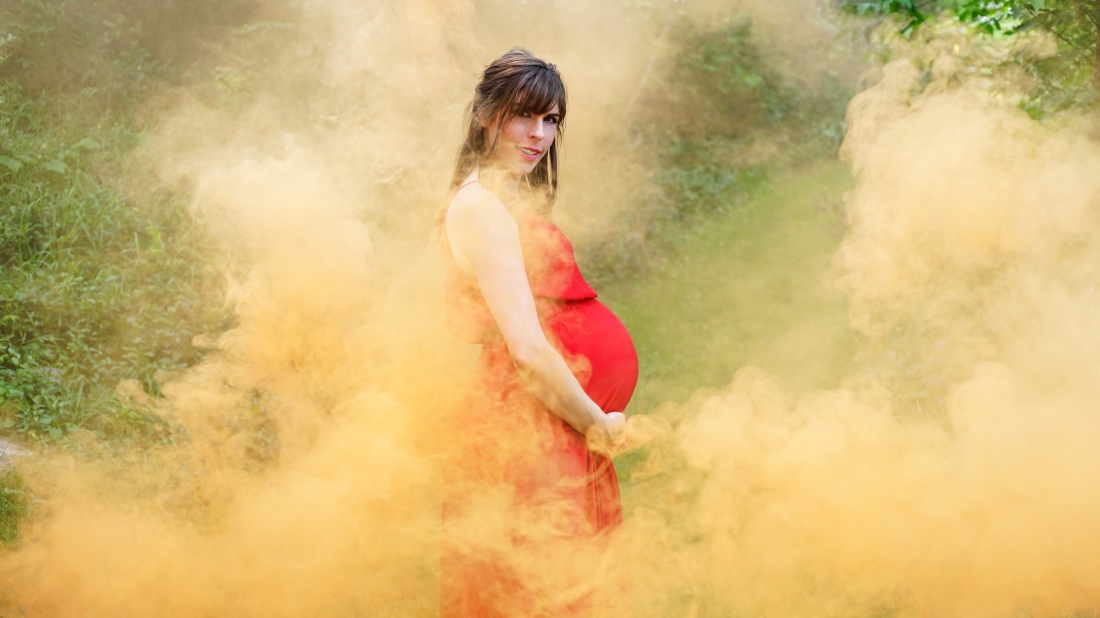 ps. the smoke grenades are totally safe. I checked. xox A

Hosting a book club is a cozy way to catch up with friends and to stay motivated to keep reading. Even when things get busy at work, I’m happy to have a goal for reading a new find. This month was Zoe Whittall’s The Best Kind of People.

Setting a pretty table to roll out a tough talk that led to some really excellent, incisive discussion: 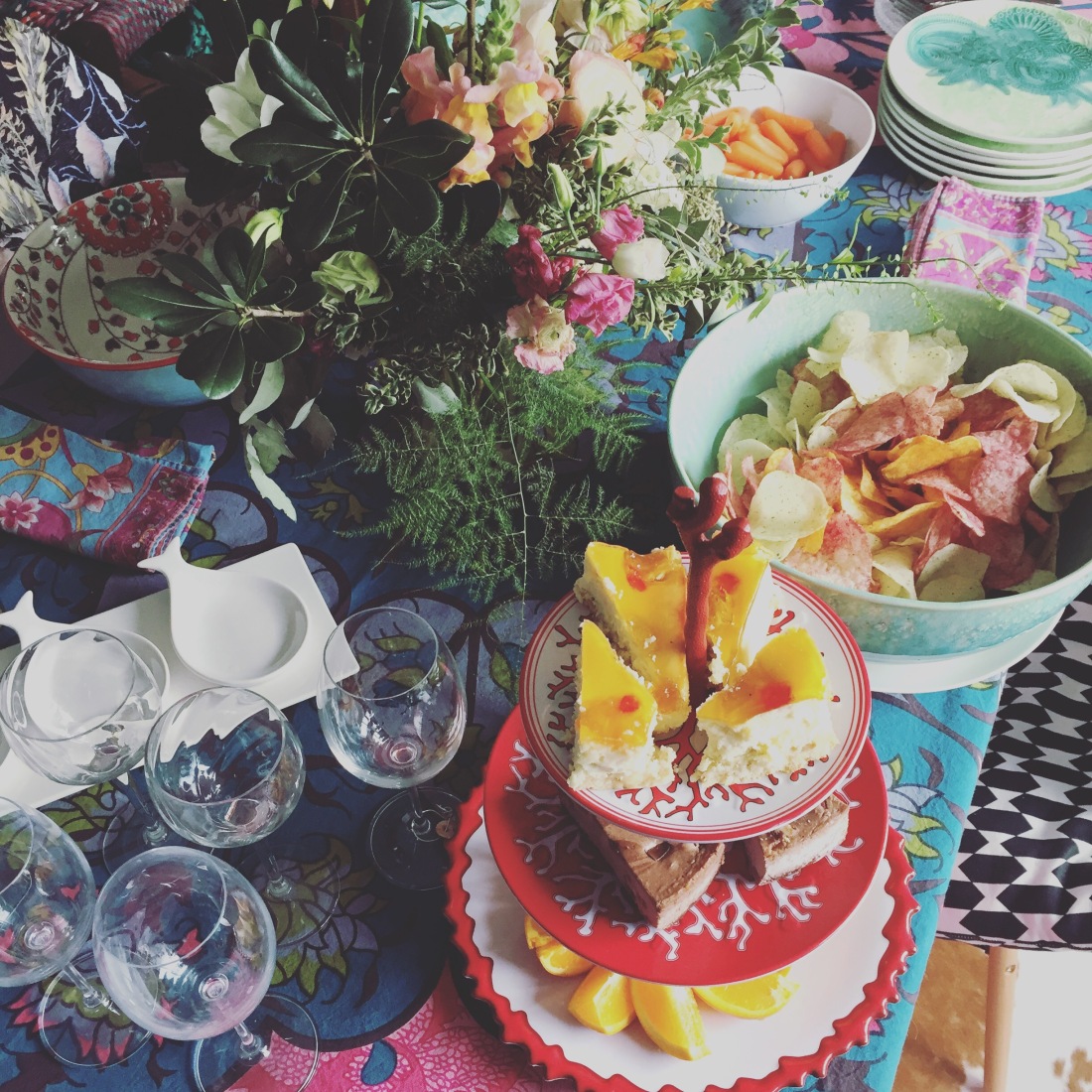 It’s such a relevant novel- hitting home and close (too close?) in some topical issues that are difficult, but fascinating. Our media culture is obsessed with guilt and innocence and with true crime. In this intimate story, we really see the up close impact and disintegration wrought on a family as their charmed life is peeled away, layer by layer to inspect what we fear is lurking. On one hand, we are familiar with the all too frequent news coverage of sex crimes and scandal, but what if it was you? That’s the scariest part – we all think we know what we would do, or that we would see it coming.

One of the biggest issues people had was that they wanted more, that the ending was unsatisfying. That’s also what I liked about  the novel; Whittall doesn’t give us what we want, and in withholding gives us even more insight into our own conditioning and rubber-necking, as well as our craving for tidiness – even when the story’s subject matter is messy as hell.

If you can get to the #ooak2016 #ooak_toronto go check out the beautiful jewellery and sleek new booth at @wfdjewellery Breanne is so talented. I thoroughly enjoyed working the show with her and seeing people react to her work with much love. 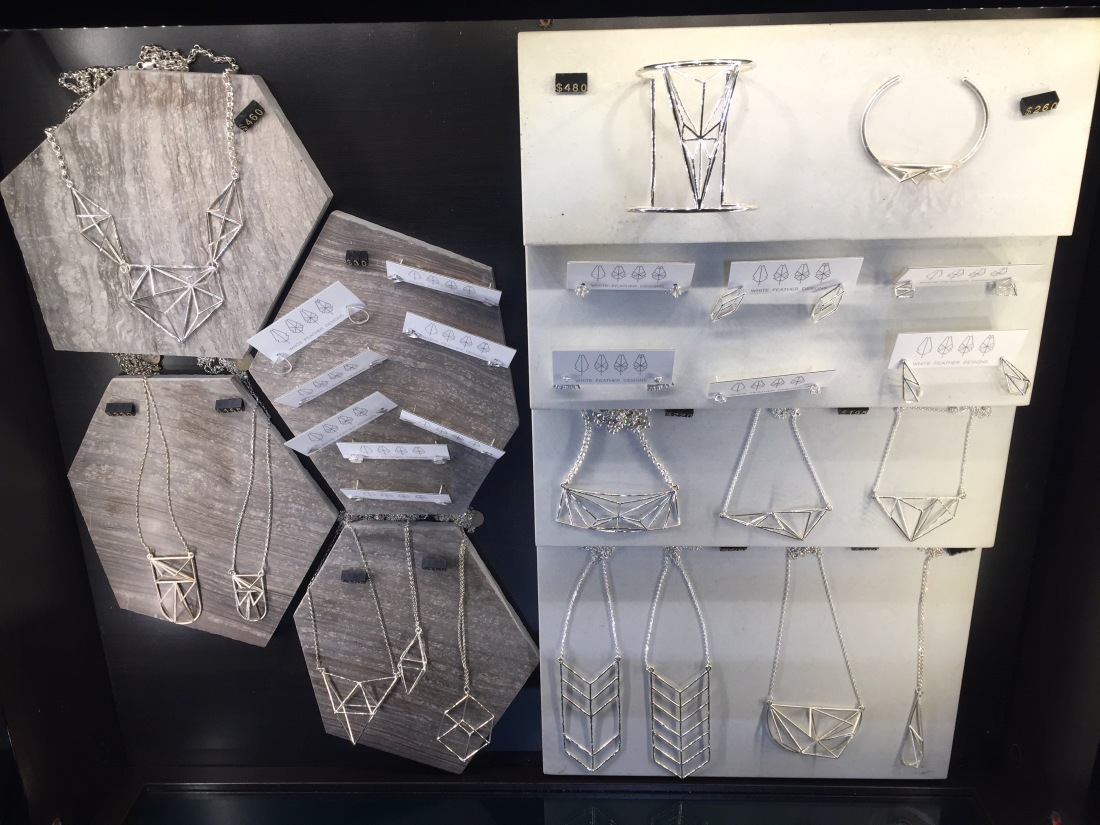 Breanne is so down to earth and works so hard as an entrepreneur, artist and a mom. That’s her smiling face, below, just a few days in to a long haul show. The OOAK is open from November 24- December 4. You can see more details here: website

Breanne’s jewellery is so striking. Check it out for yourself at her online store. Stay tuned over the next few days for my pics and picks for favourite artisans from this years 2016 One of a Kind Show. 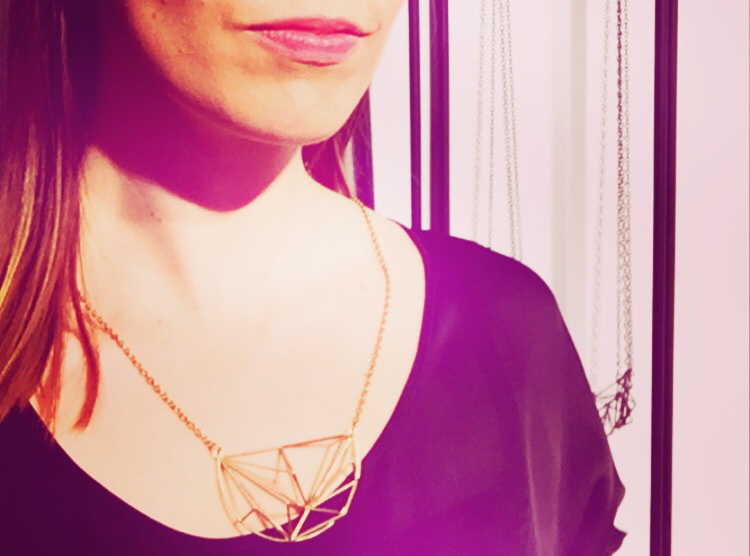 Tell me, what are you buying this holiday for the people on your list? Or as a treat for yourself?

Very excited to have been part of this amazing project. Stay tuned for the final cut!! Behind the scenes and ready to take off the mask. 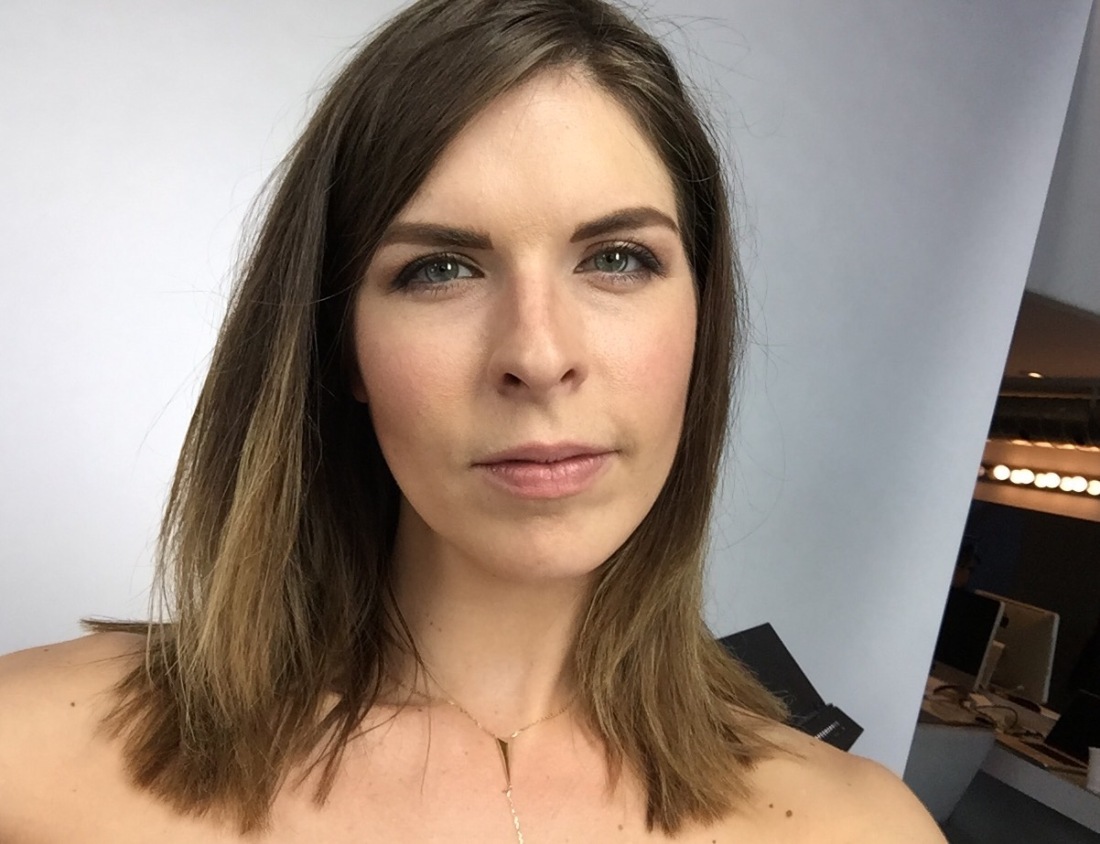 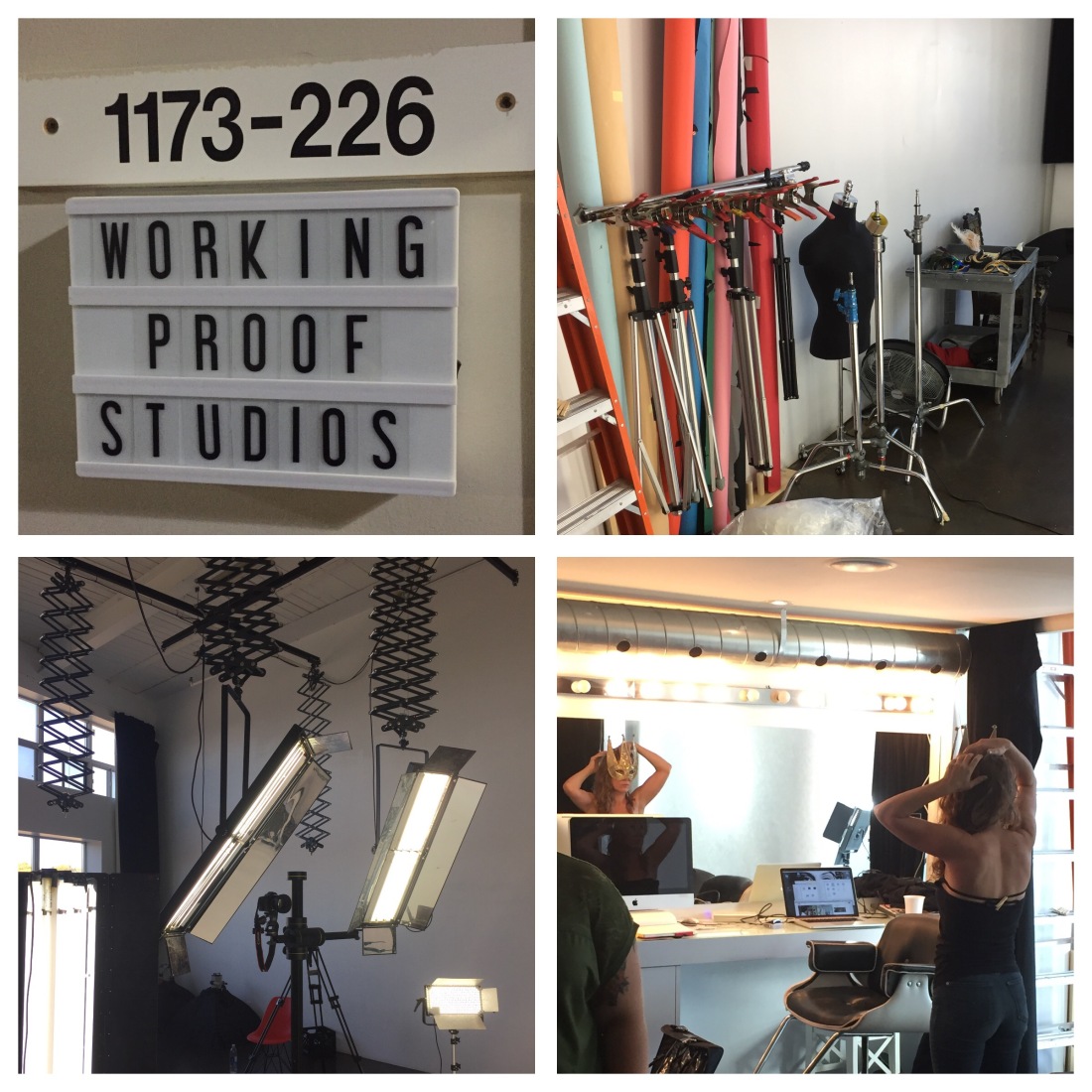 See you soon for the big reveal!﻿

Cirque’s newest show premiered in Toronto and Luzia was spectacular, magical and breathtaking. It was everything I could have hoped for under a big top. I don’t know if a performance could be better. 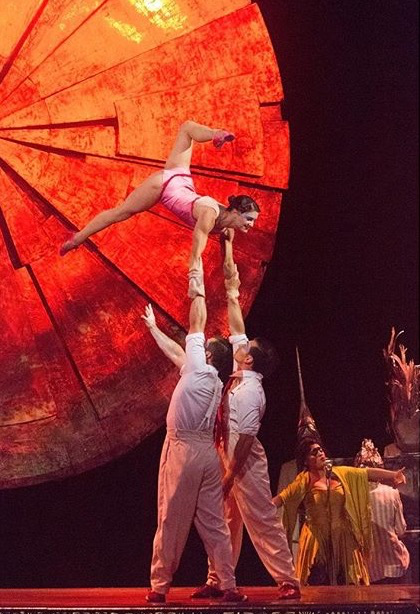 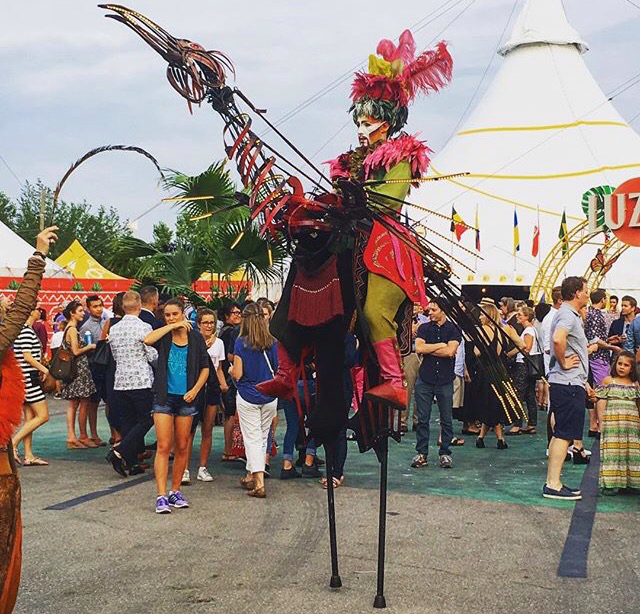 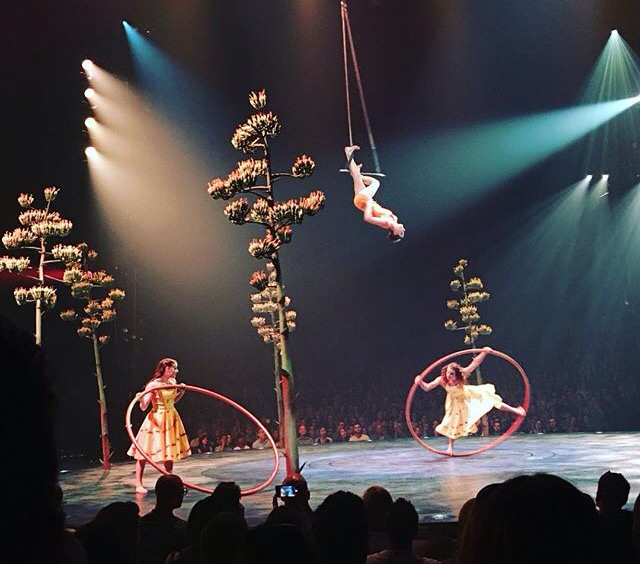 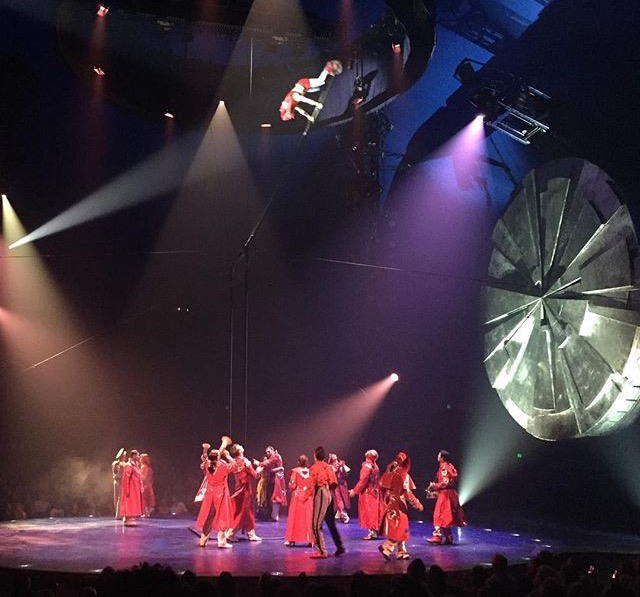 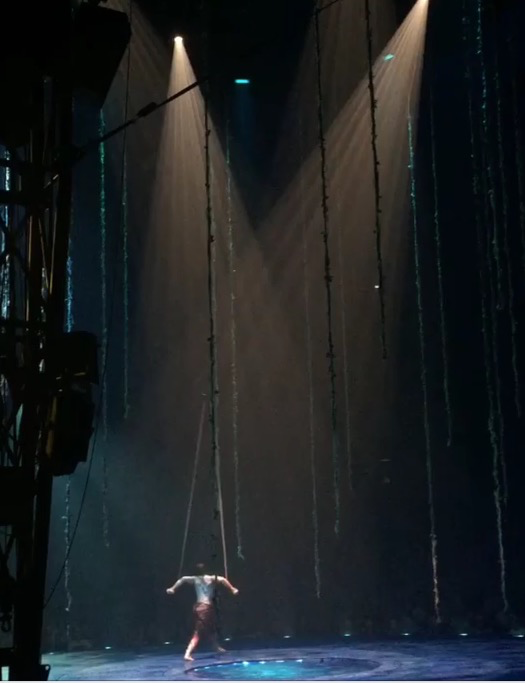 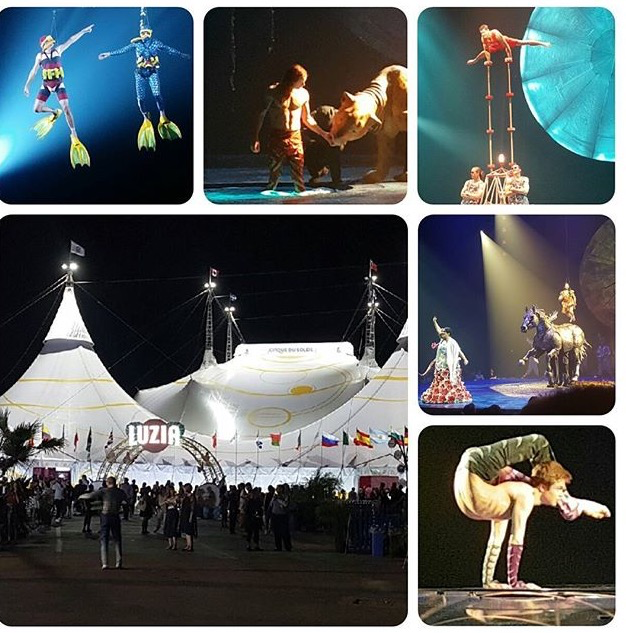 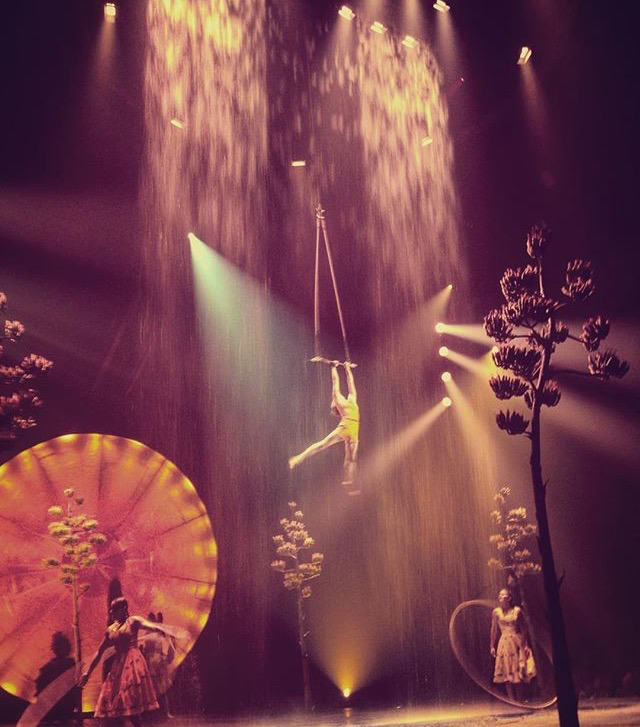 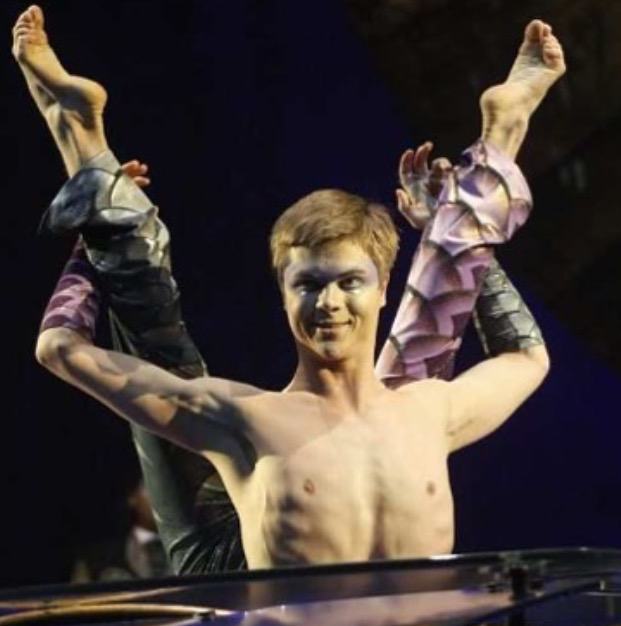 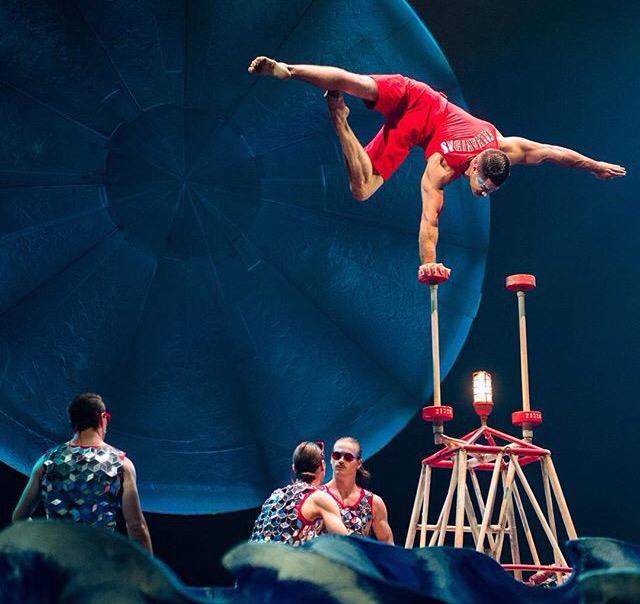 The show didn’t stop once you stepped outside the tent; Mexican wrestling, red carpets, wine and champagne, celebs and magazine editors …under the night sky. 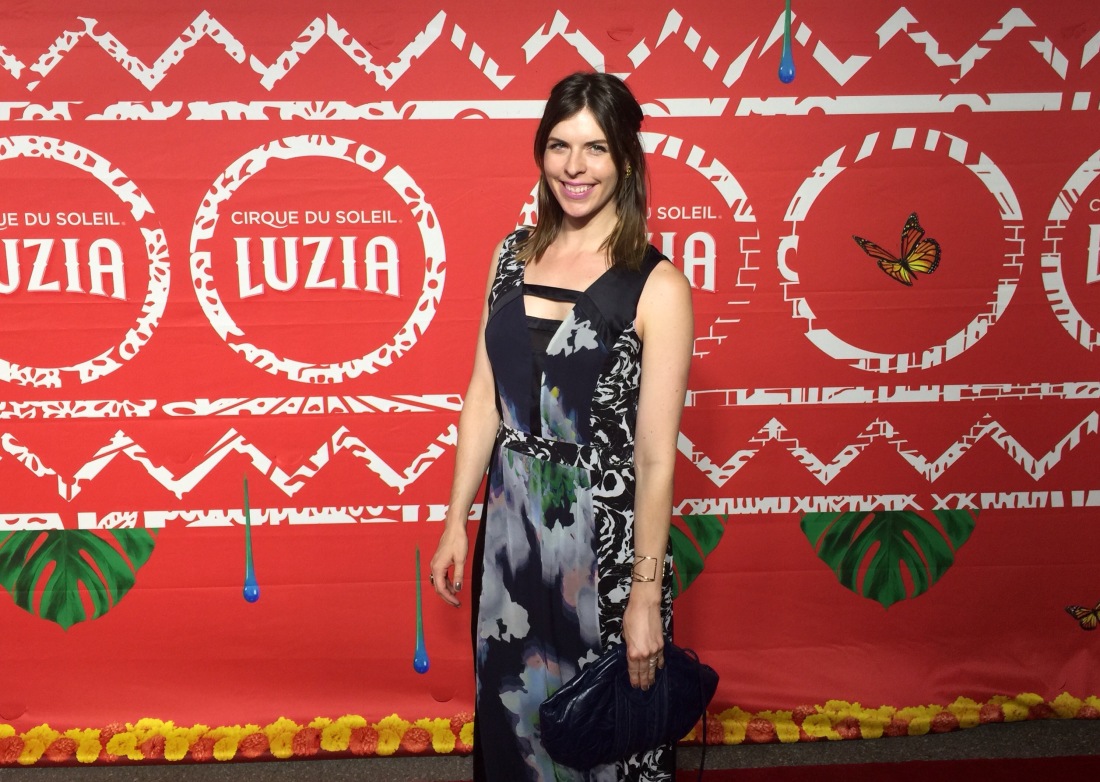 Up close and vert yet personal; “Wanna turn around for the good picture” 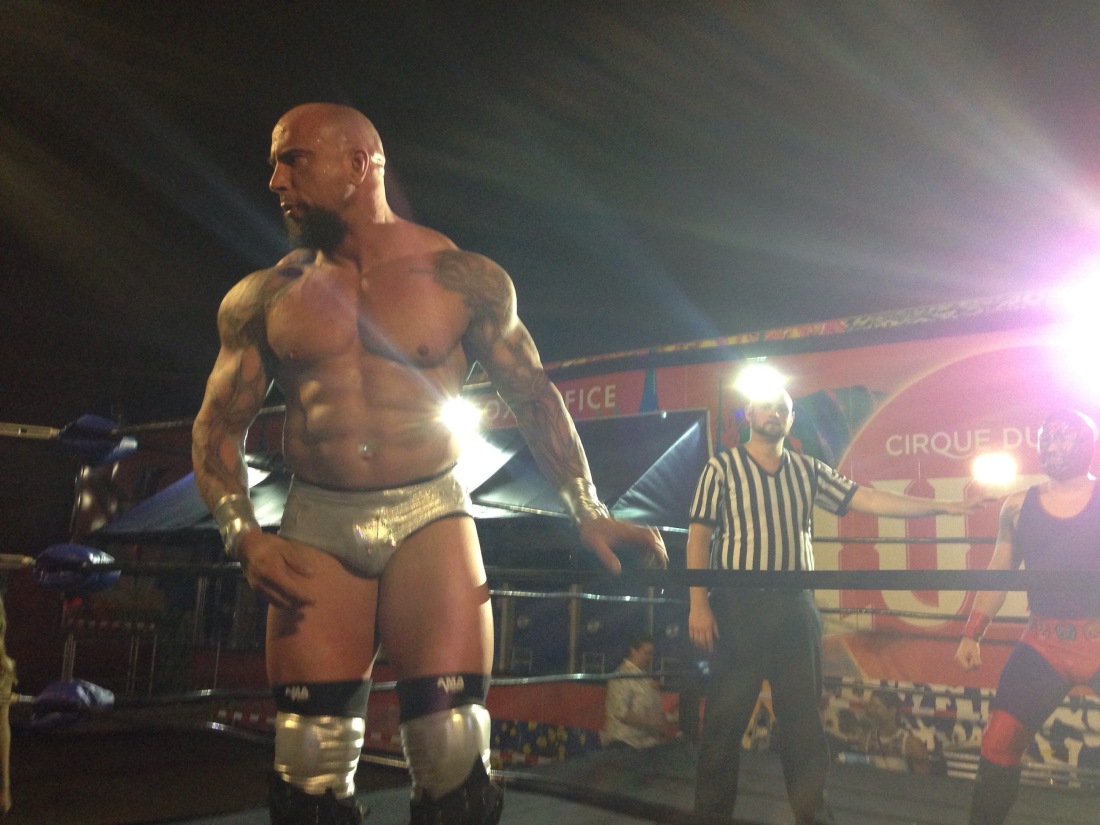 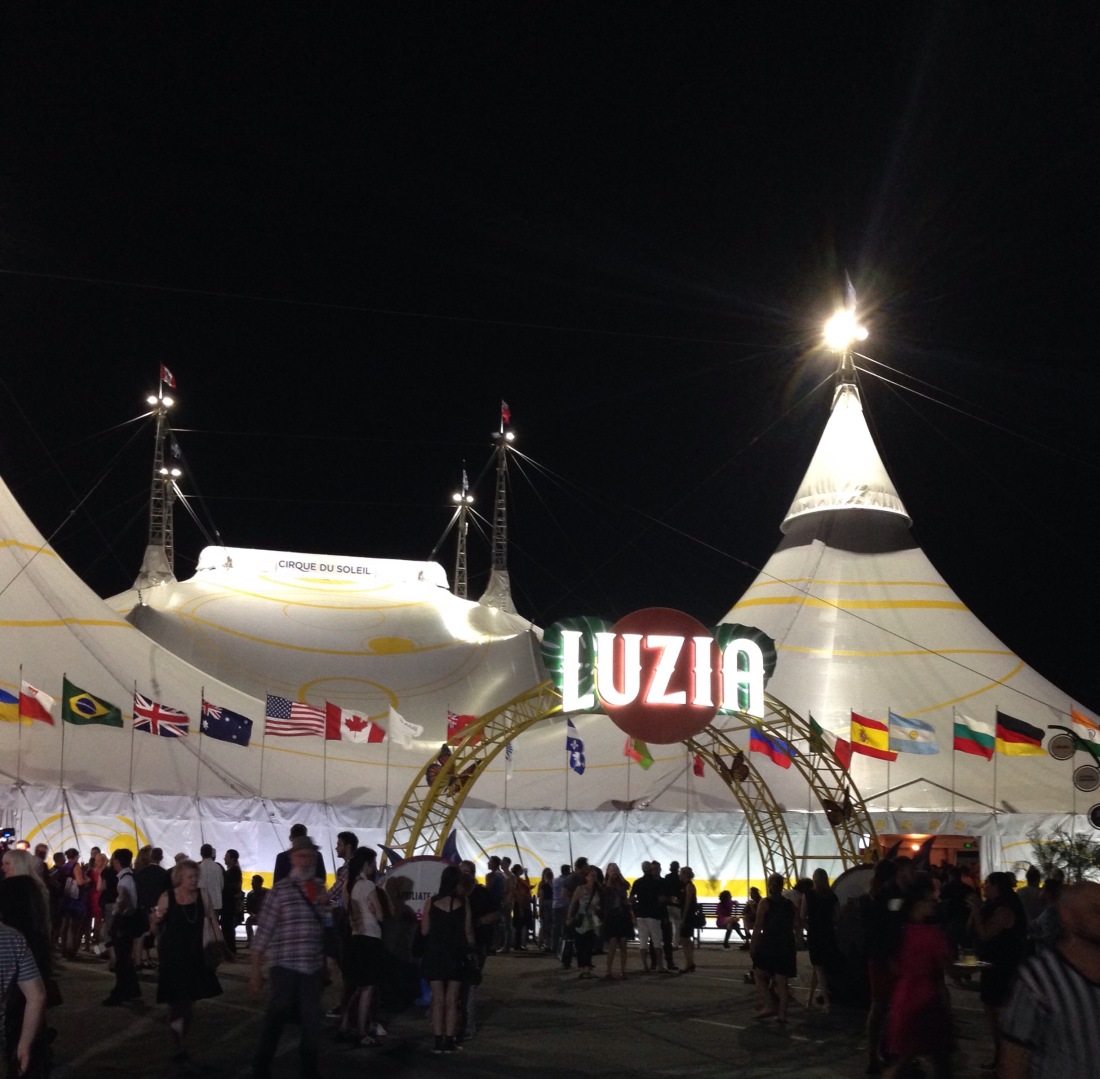 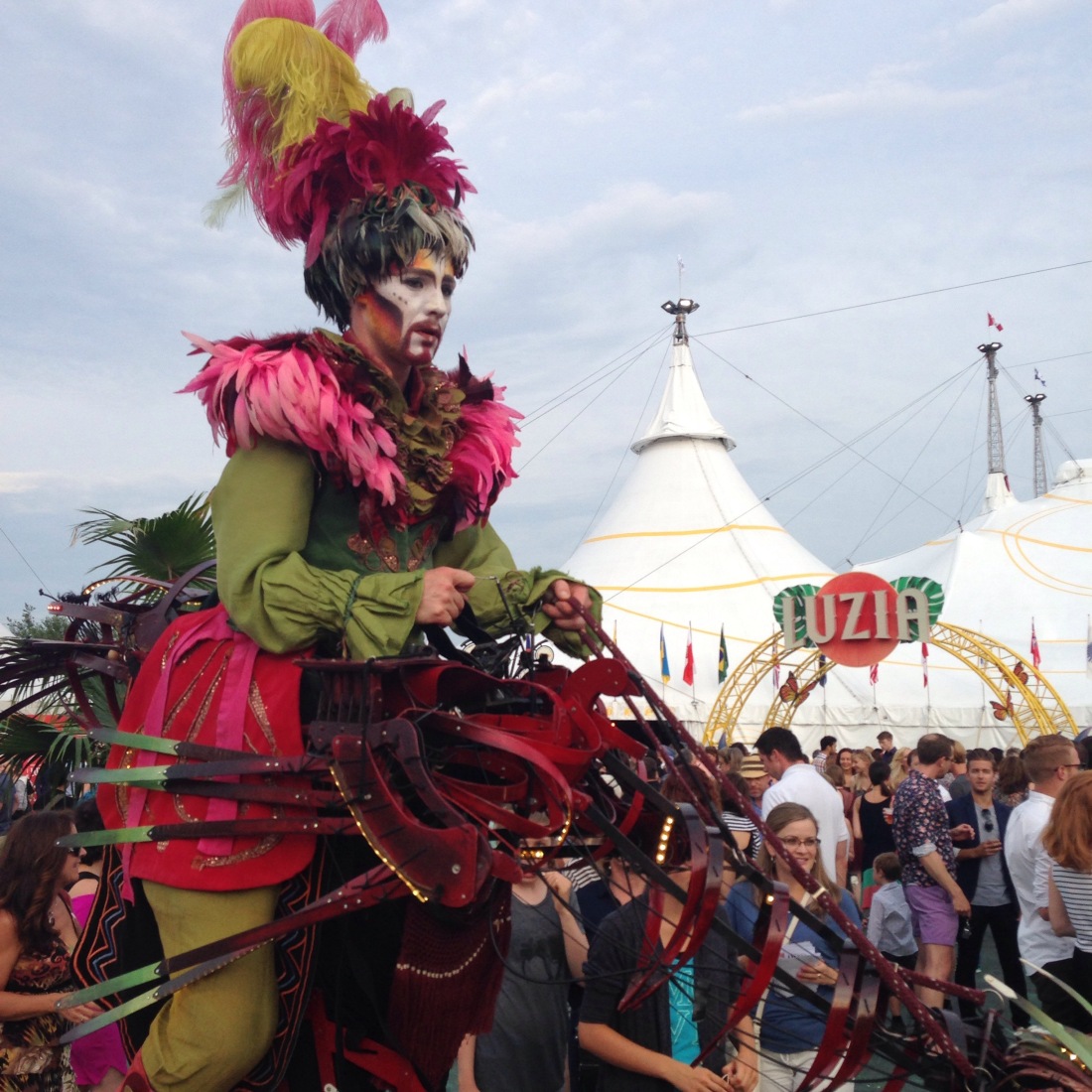 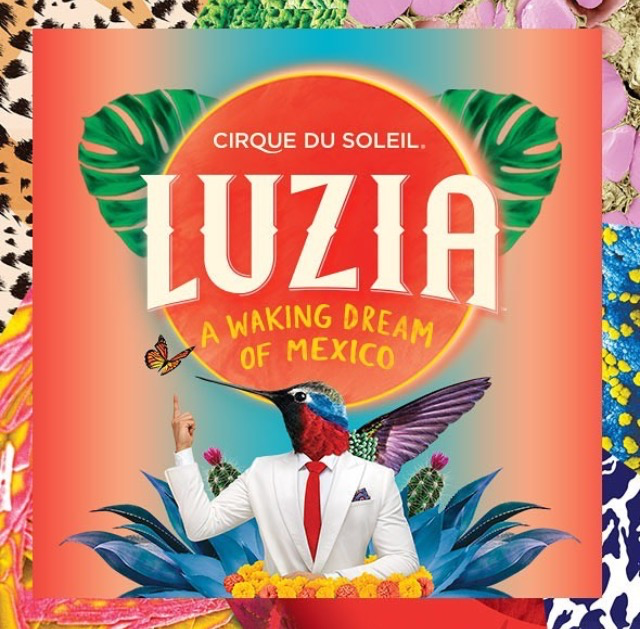 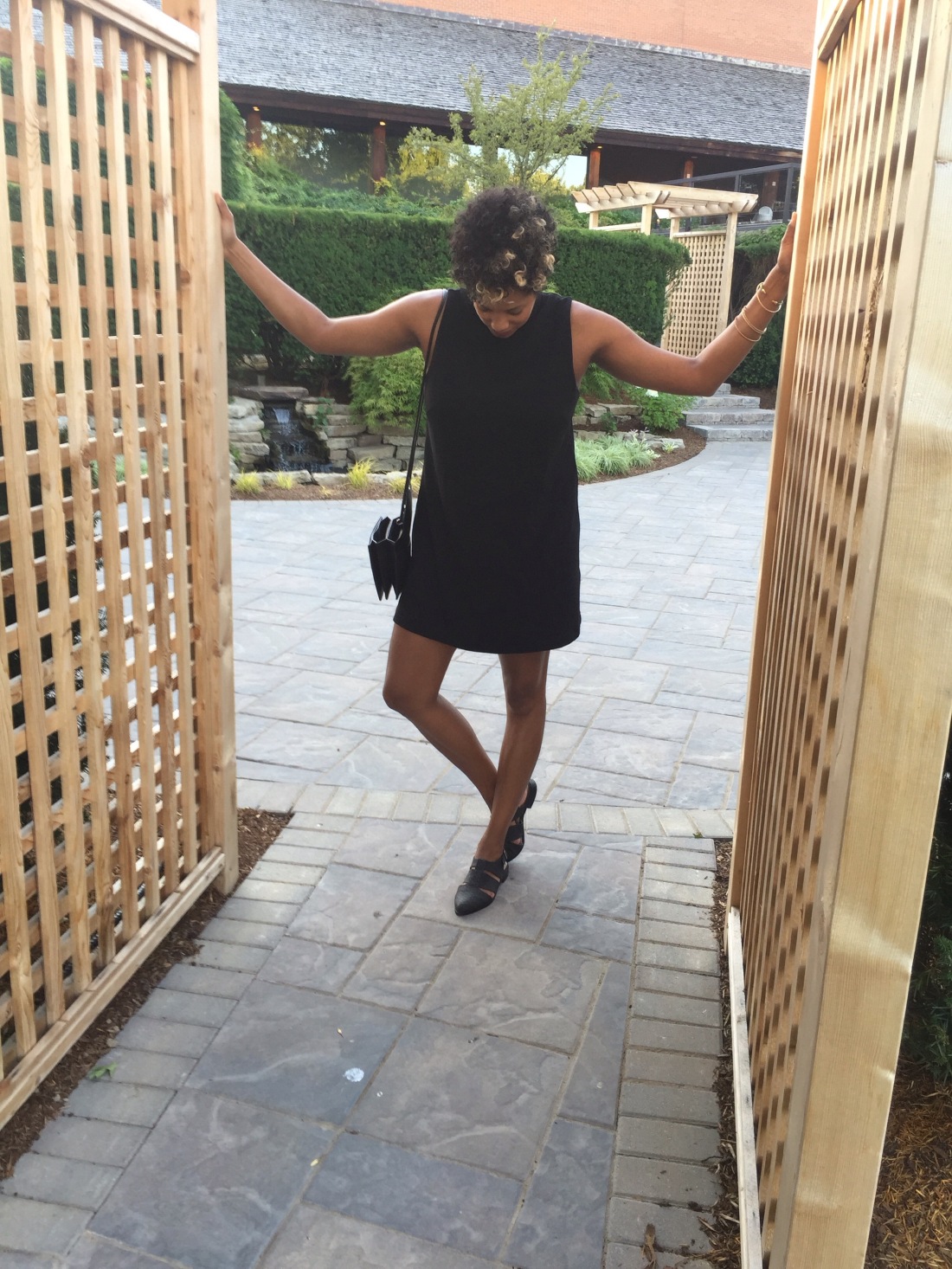 My lovely wife and I had a stroll in the garden before the show. 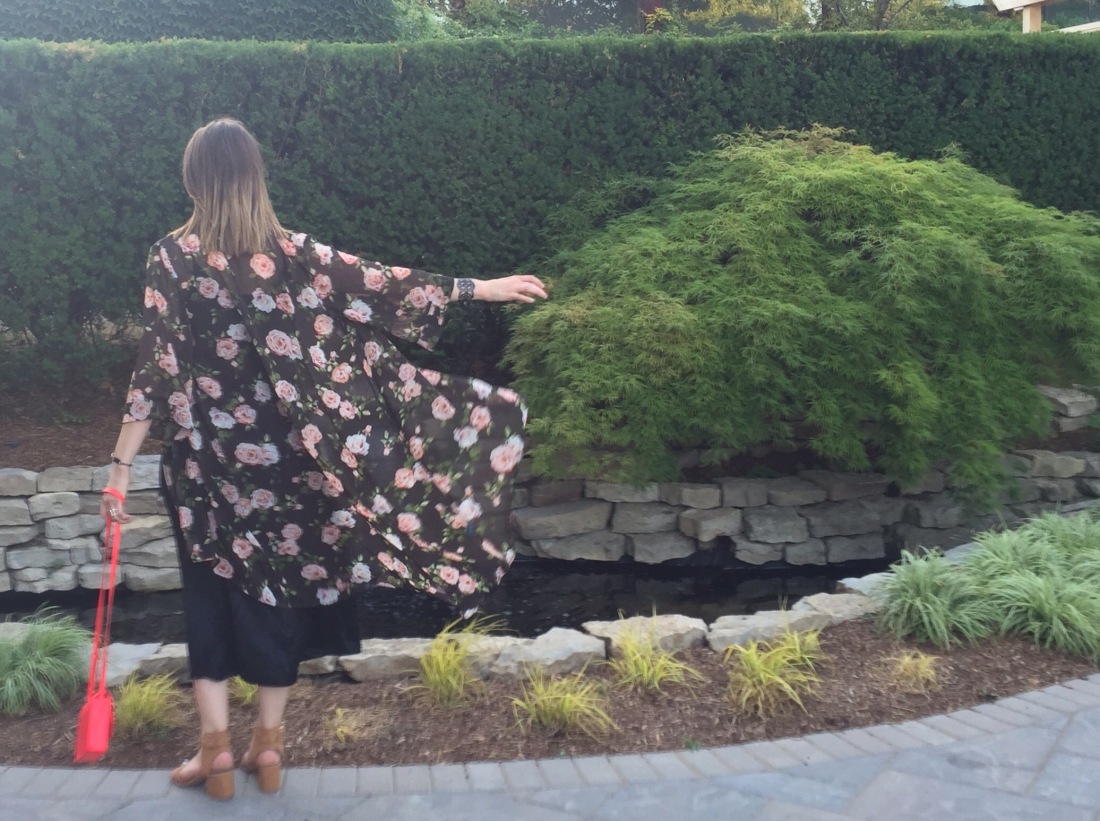 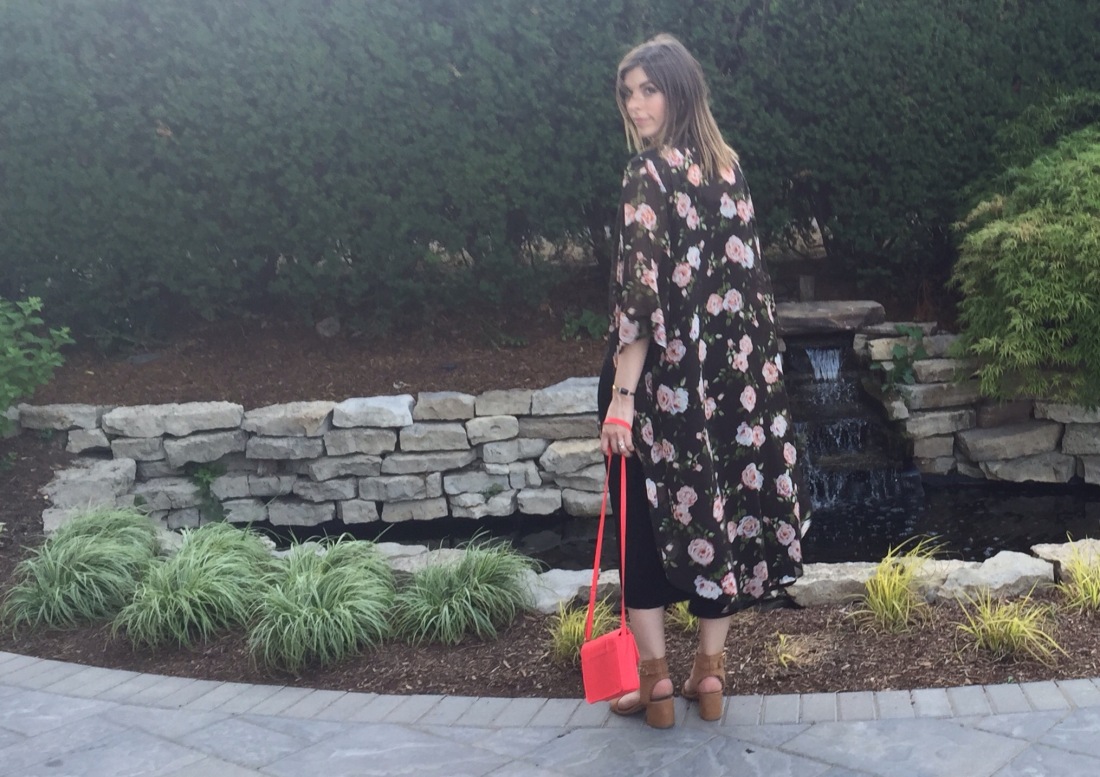 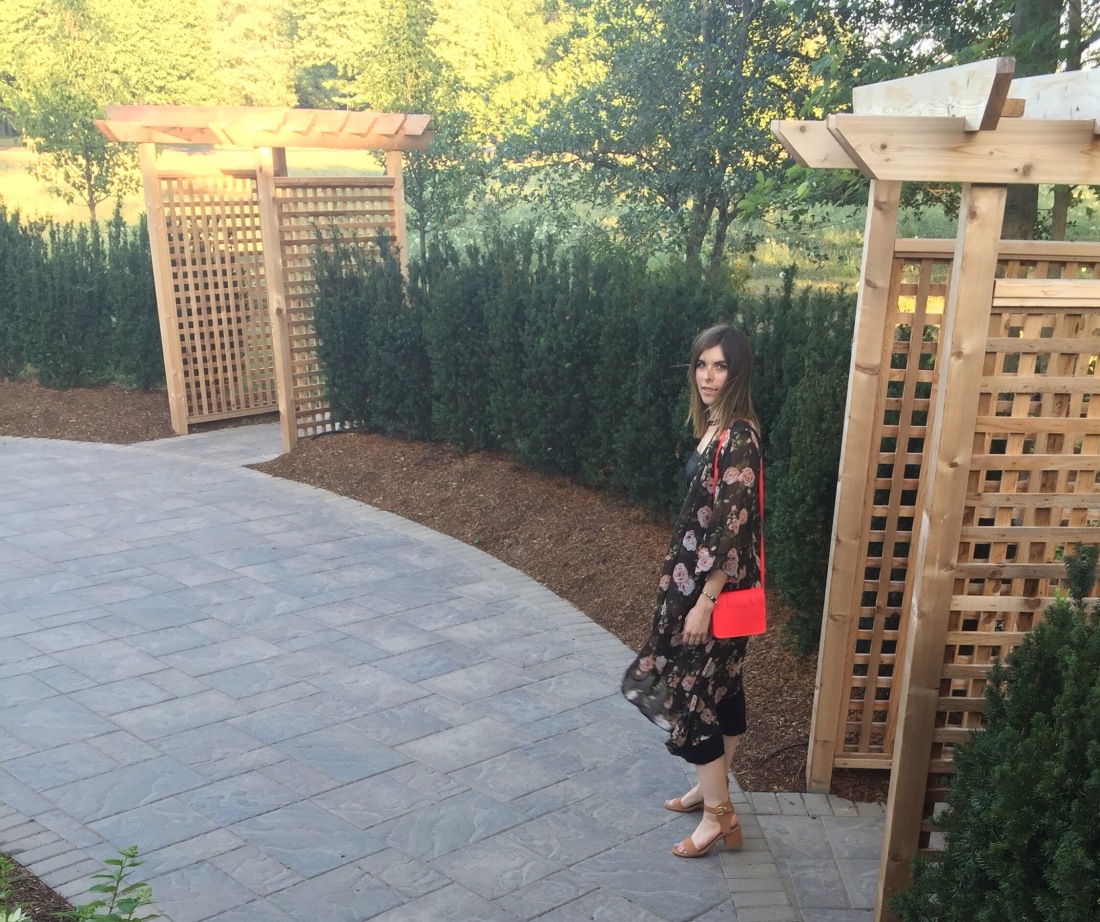 The Shaw Festival is our go-to theatre experience. With a wide array of beautiful, sensual and vibrant shows in their season, it’s the perfect date location – especially when you see a lunchtime production of Adventures of the Black Girl in Her Search for God. Spectacular. Period.

We followed it up with an evening show of Sweeney Todd.

Theatre – day 167 by jc-alison on Polyvore

So, maybe you don’t live near Niagara on the lake. And maybe you’re thinking, ‘why is she telling me about a show that is so awesome, but so far away, that I will never see it…no matter how much I’d like to?’.

That is exactly the point: you would like it. I left the theatre after “Master Harold and the Boys” (admittedly a title that needs some selling), with a lump in my throat and some not very well-concealed sniffles. Set in post-apartheid South Africa, this three-hander is funny and intimate, then built consistently towards its climax -the painful, wrenching altercation that closed the show so poignantly and resonated intensely in the light of current events.  As evidenced by the deep conversations following the show and an eager standing ovation, it was moving 90 minutes. Still in previews, this play is incredible already and has me super excited to hit the festival next week to see “Sweeney Todd” and “A Black Girl in her Search For God.”

The set is a 1950s cafe and with the audience on three sides, it feels so close and it’s quiet moments are kept understated. 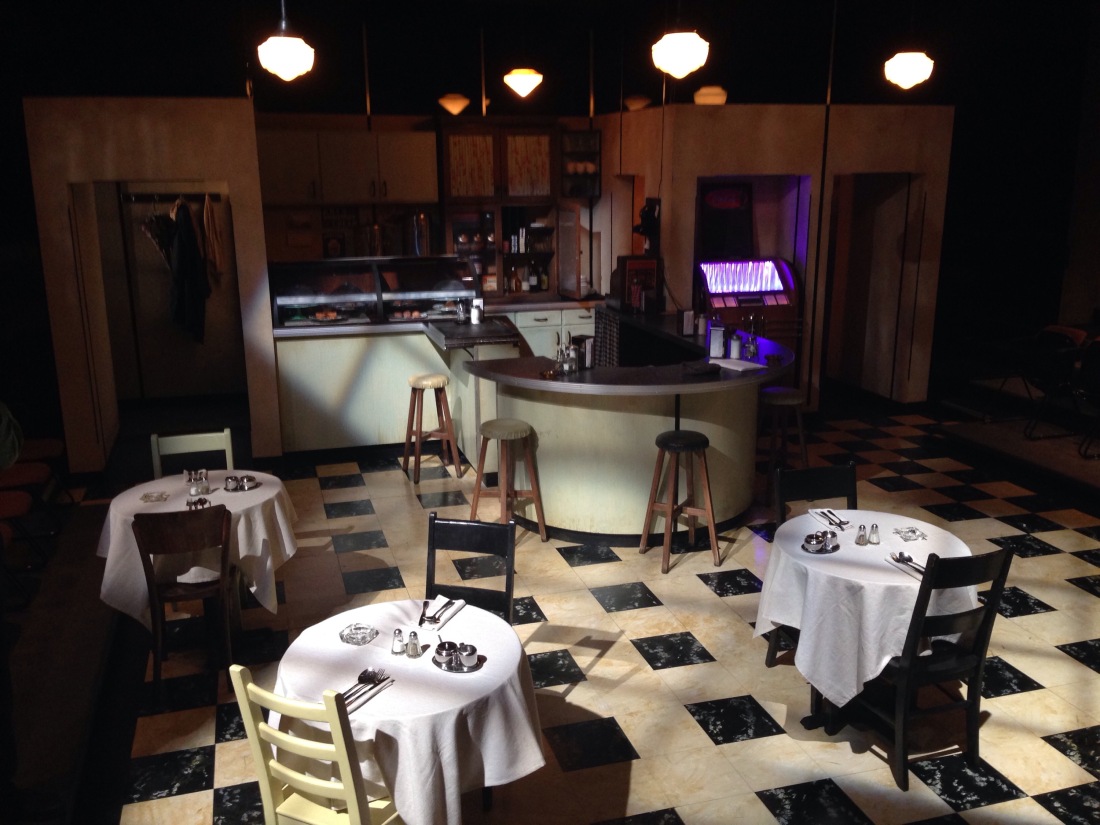 And what better way to end the afternoon than at Carlotta’s Gelato, where they can hollow out the centre of your cup and laddle warm chocolate hazelnut into the mix. Seriously.

Try it. You will fall in love. 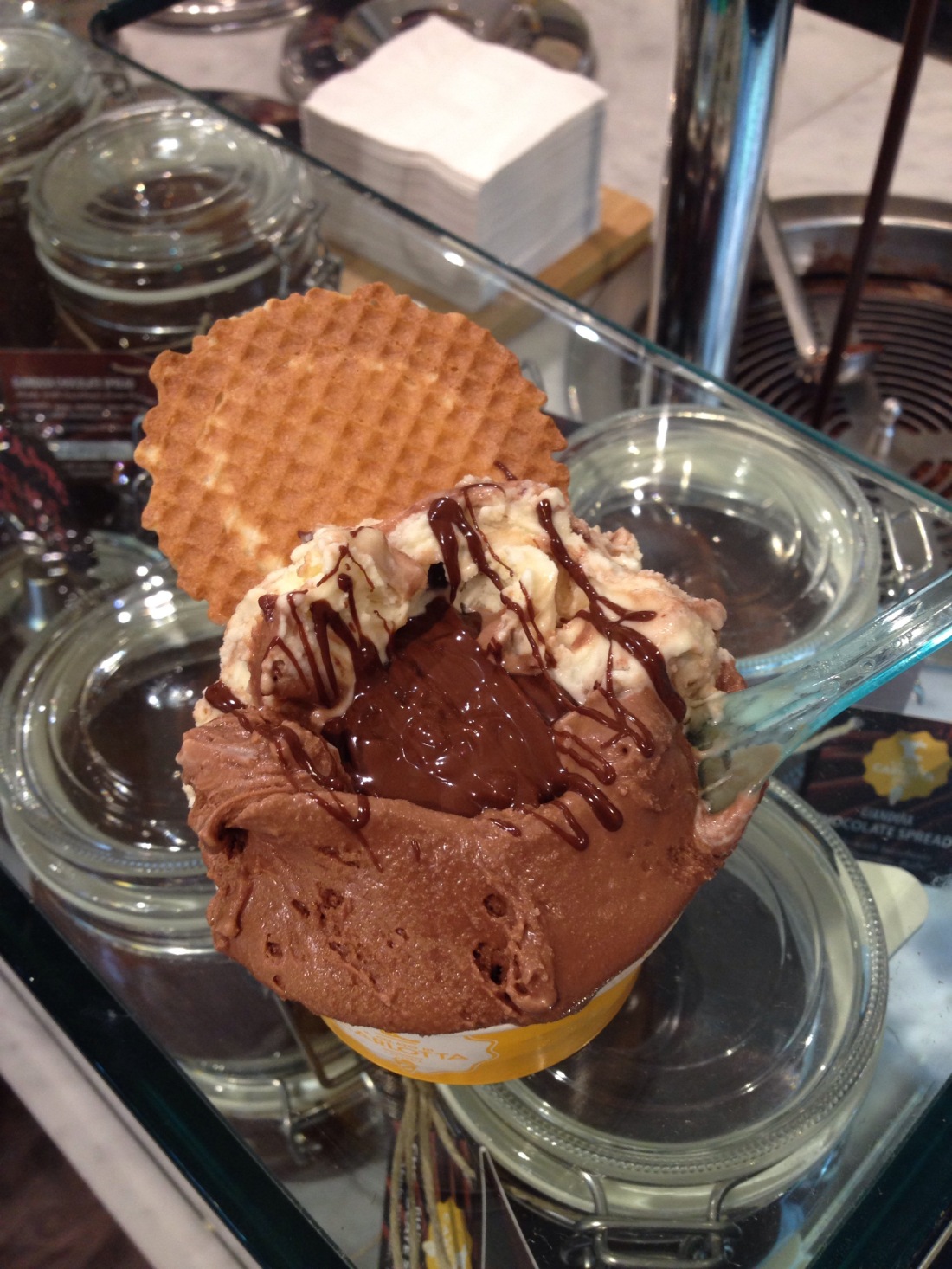 Get out support local artists, festivals, live theatre and shops! 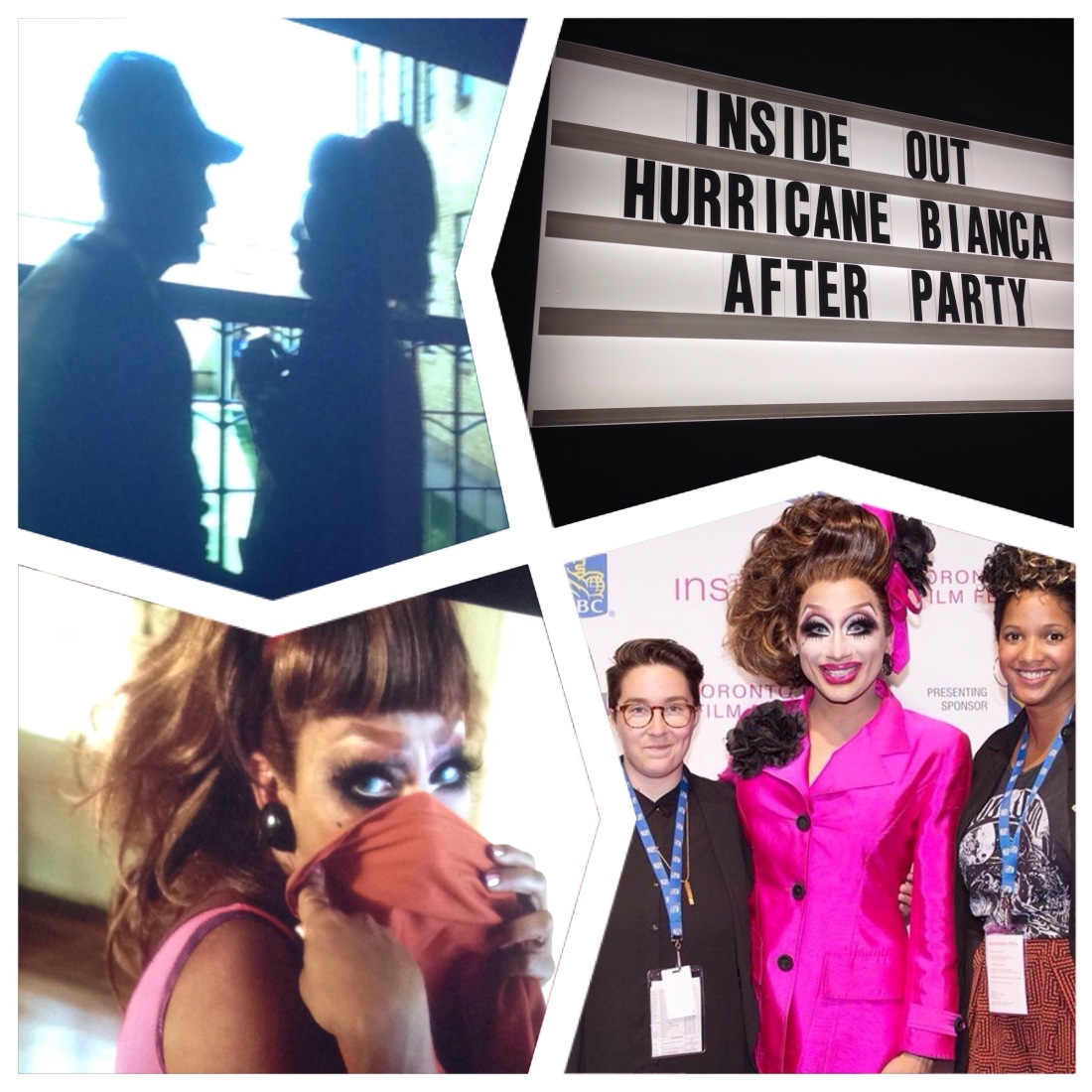 While part of me was thrilled and awed just to see her (and to learn that she is just as witty and biting as she is on tv), the other part remained relieved that I flew under her radar, because one highlight of the film was the scathing shade she throws. And man, does she have an arm.

The premise: Del Rio goes undercover as a high school science teacher, schooling the hicks and homophobes, all while navigating the world of romance and friendship. I discretely reveled in the vicarious joy of her scathing one-liners, leveraged against some very very mean girls. Have I secretly wished I could say similar things to bigots and twerps? My lips are sealed.

An unexpected highlight for me: seeing Xanthippe from The Unbreakable Kimmi Schmidt! She is in Toronto, doing the circuit, for her film, First Girl I Loved, which played in the festival. Make it your mission to check out next year’s festival!

Yesterday I took 46 students to see two shows at the shaw festival where we were treated to magical stage transformations.  In Alice and A Woman of No Importance, by Wilde, the creativity and tech skills of the stage design were mesmerizing. Here, the mad hatter tea table is waiting up in the rafters (fly gallery) to make its entrance, while the stage crew sets the stage for the matinee. Sharing the space, as a repertory company, means that the plays themselves are beautiful, but so is the finely tuned orchestration of sets and props, completely changing over like a colourful game of scenic Tetris; one play moves into the spaces left by another as it is disassembled and tucked away.

my students loved seeing it all come together, going backstage, into wardrobe and below the stage to see the trap doors and effects. 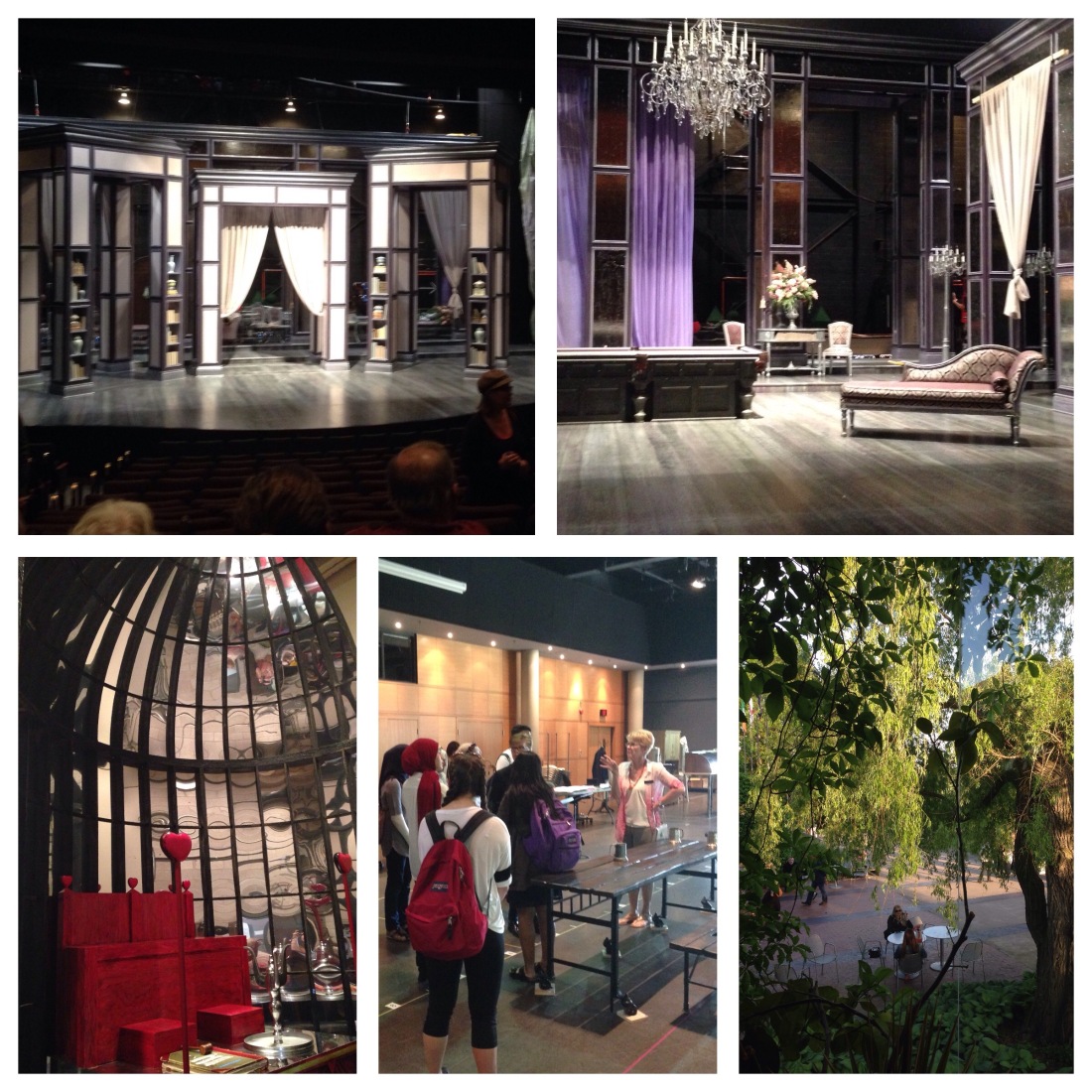 Lunch was also a highlight in the picturesque old village, with perfect weather! Our first production was a beautifully rendered Wilde play with stunning costumes, set in 1951… But relevant enough to rile up my classes. Our post-show chat with the assistant director let the kids pour out their questions.

Between shows, Carlotta’s gelato, dinner with my mum and dad, wood oven pizza and time in the sunshine… Deserve top billing. 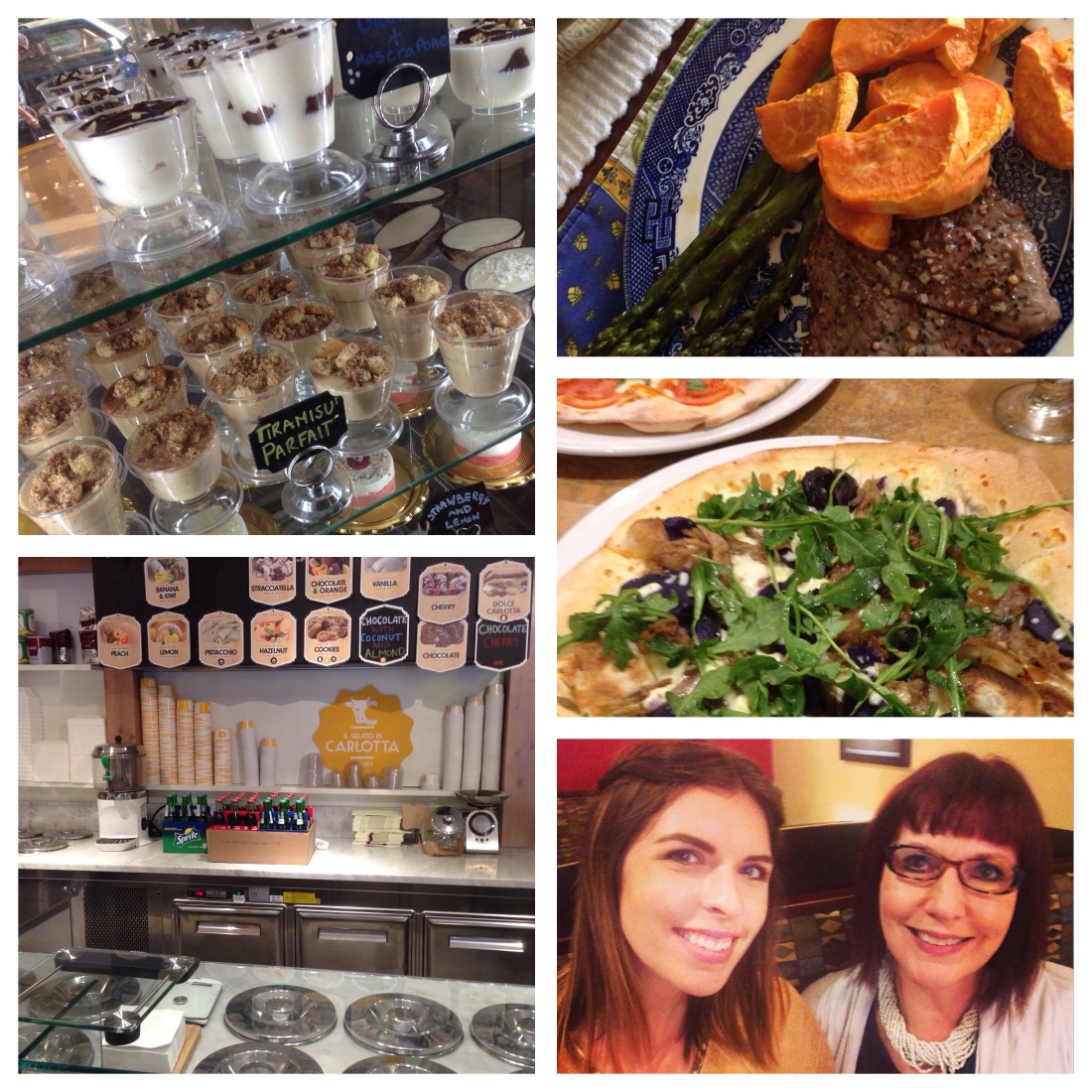 Curiouser and curiouser,… The festival’s new production of Alice wa divisive, but highly original. It has some of the most genius tech I’ve ever seen. Venture down the rabbit hole! You may be quite surprised by how childlike and full of wonder a day of theatre can make you feel.

Every coming out story is set in a small town. Whether urban, suburban or remotely rural … When you are dealing with family, the stories we tell, the people who have known us our whole lives and who make up our world, changing how others tell the story of your life, and questions like ‘what will everyone think?’- it doesn’t matter what locality or geography surrounds that experience as much as it matters that it can feel like your whole world is shattering. Your piece of it, big or small, will never feel the same again. I just watched a film and although I will never know what it’s like to live in Oklahoma … I have lived moments of heartbreak like that film.

StyleSaVie
Create a free website or blog at WordPress.com.