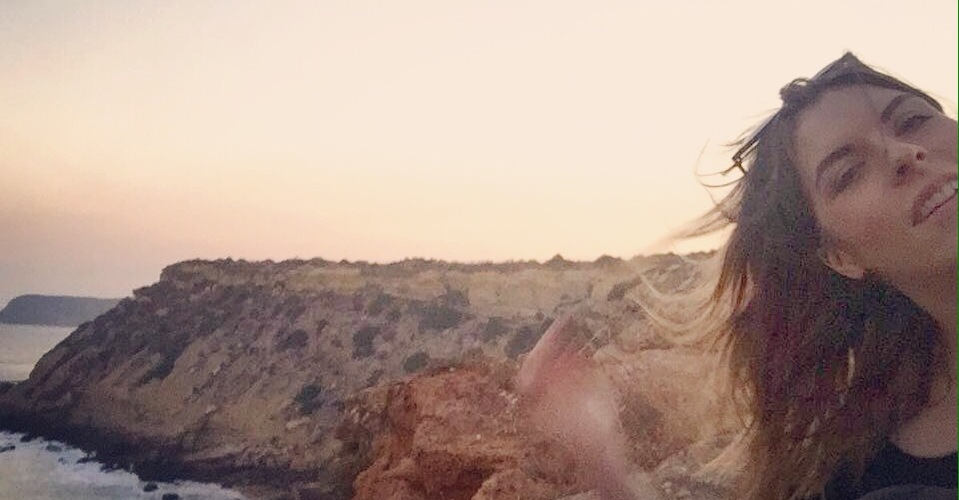 After a poolside morning, we went for a morning run. Poor @buttonsmcleod got swarmed by biting flies, or bees, and caught it all on the Go Pro. It was funny, after it stopped being a panic; no one likes being chased by insects along a cliff edge.

Made ourselves a simple lunch. Turns out that Buttons just had a really wonderful article written about her by Fortnight lingerie, a bespoke lingerie line that makes amazingly beautiful underclothes and does a series of profiles on “leading ladies”. It was such a nice surprise to see it published. You can follow her (@buttonsmcleod) and @fortnightlabel on Instagram.

We were beach ready and headed into Sagres, stopping to see what was available at Deluxe Surfshop, to check out amazing cliffs and to pick up two girls struggling with their camping gear in the heat at the side of the highway. They came with us to Cape Vincente and then we dropped them at their campground as we headed for the Praia de Belige. 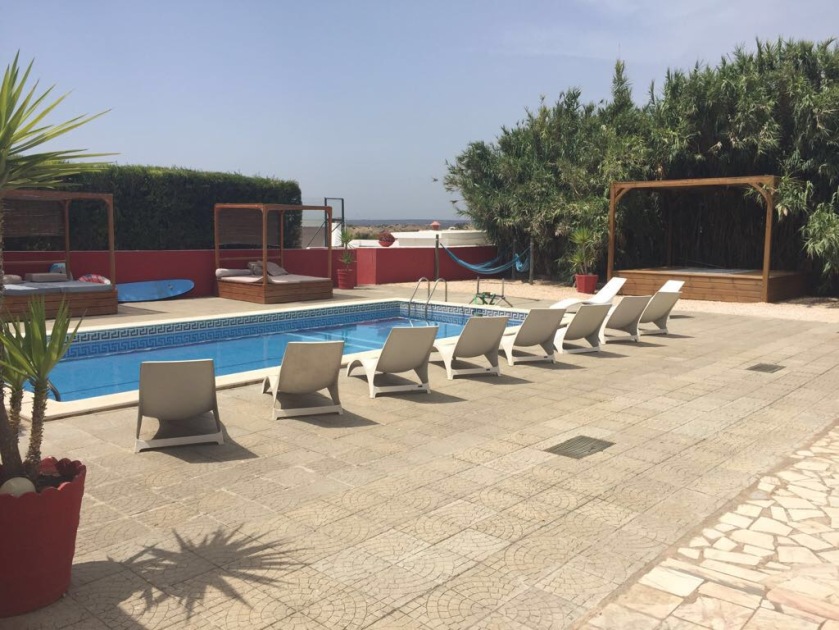 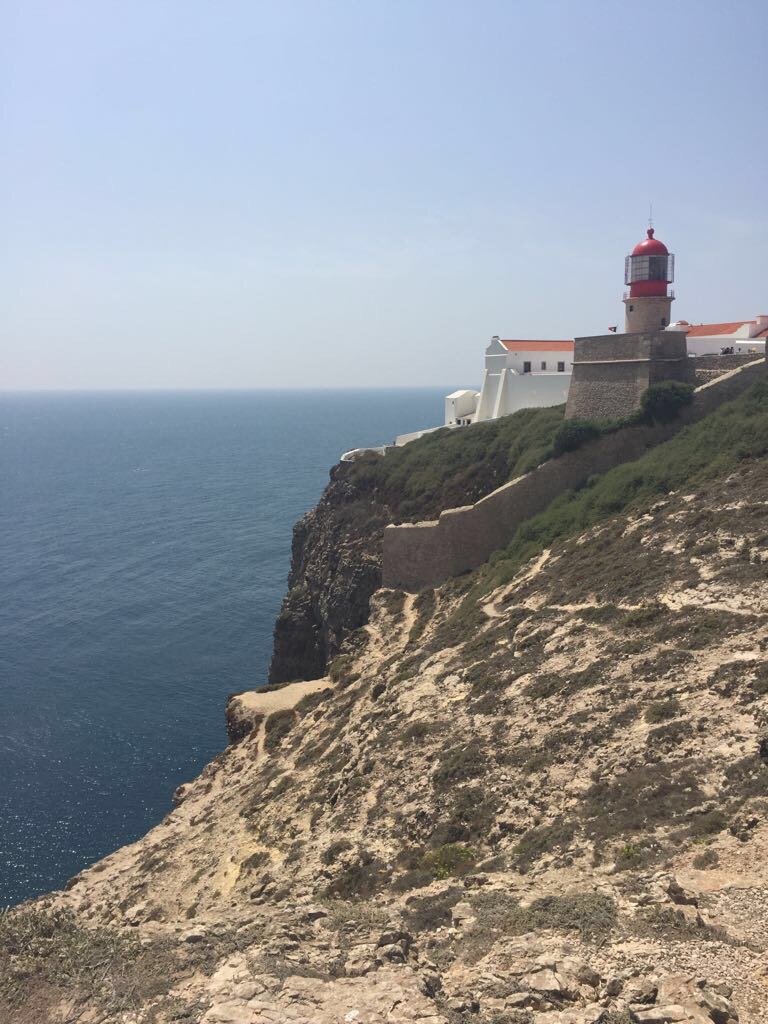 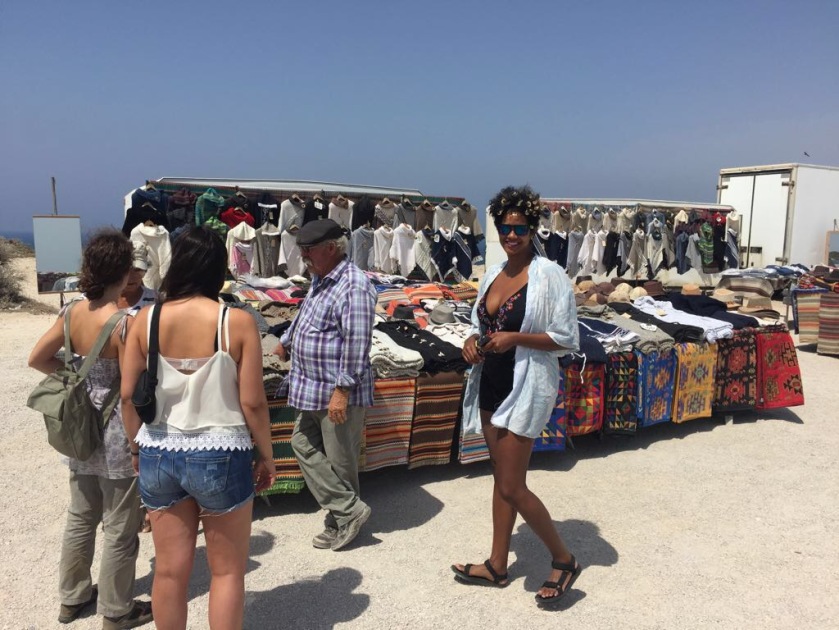 At Praia de Belige we were so psyched to see a cove (cut straight from heaven) lined with cliffs, caves and turquoise water.

We found our own little spot under an umbrella and read books, played in the waves and lazed the afternoon away. 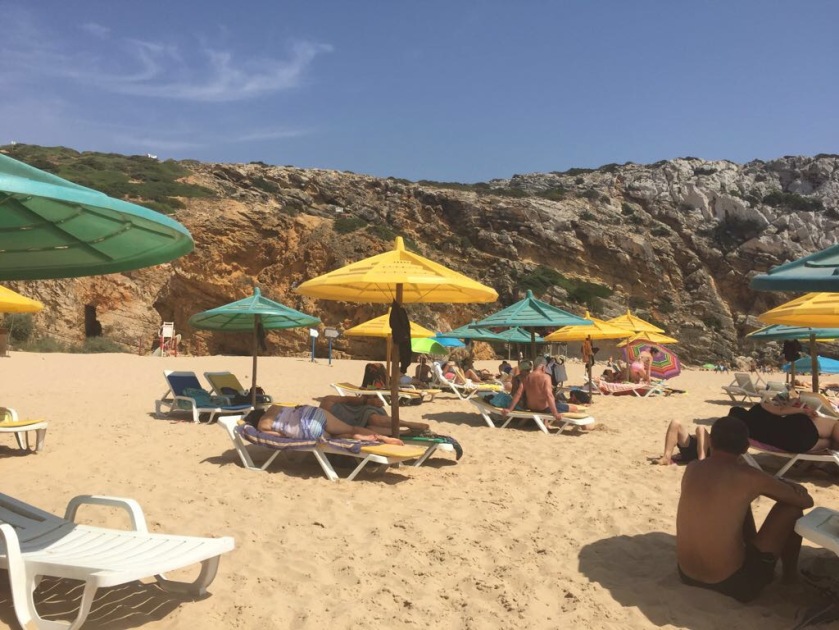 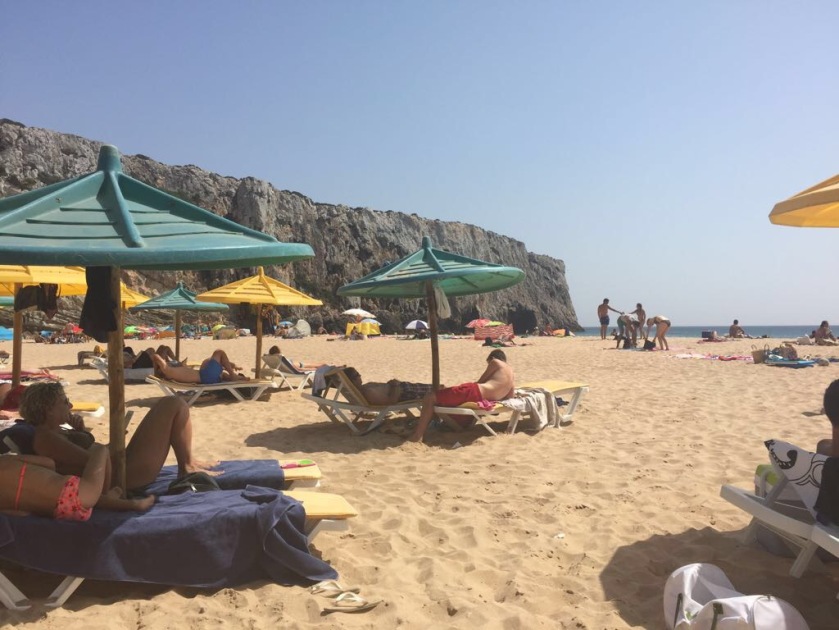 At night we ventured into the town of Luz, to the open air market, with Fado being sung and food, drink and sweets being sold left and right. 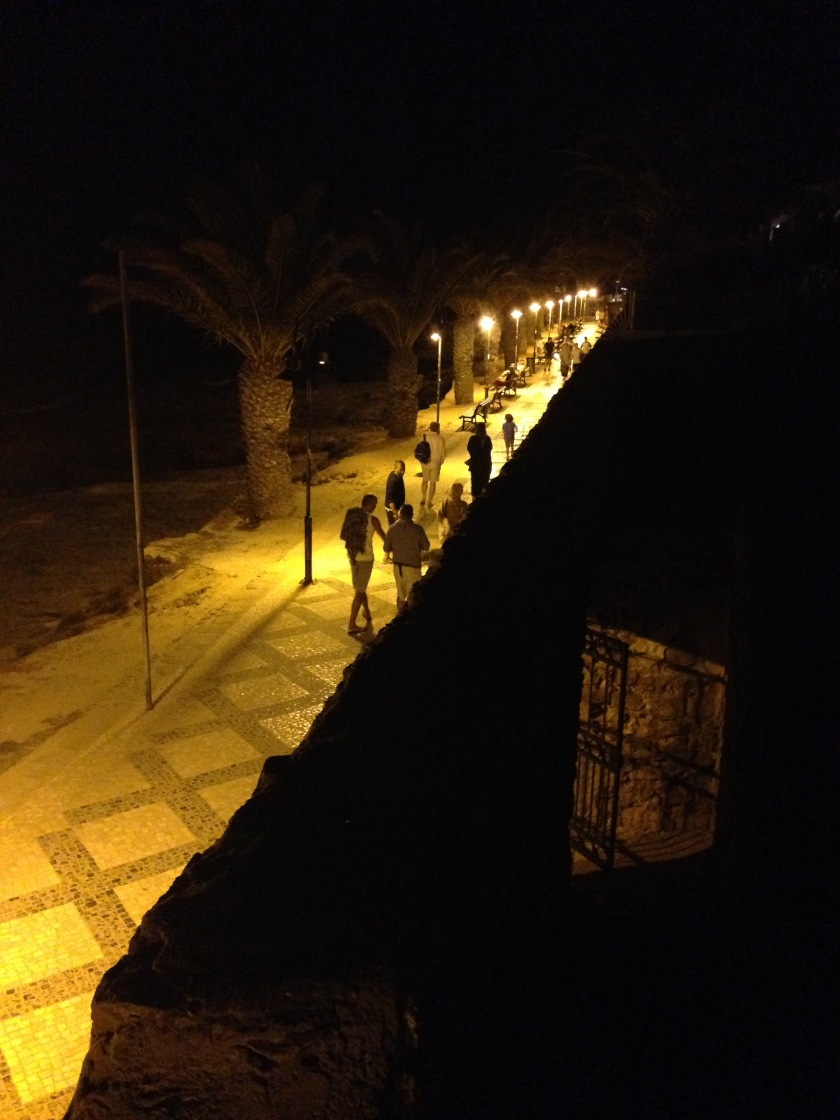 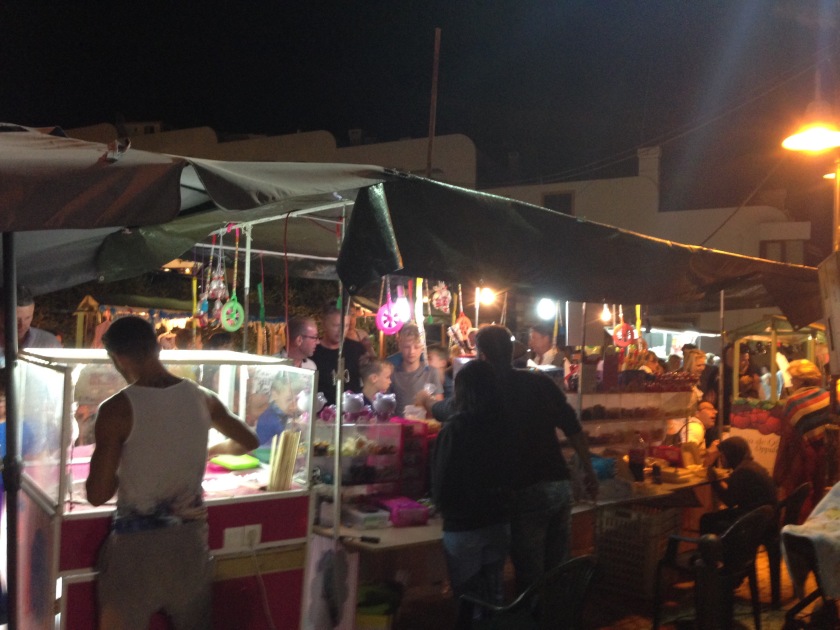 He told me about the 54 years he had been in the Algarves, working different jobs in a factory, fishing, playing in a band and now playing every day along the beach in Luz. #cleodcar #stylesavie #algarves #luz