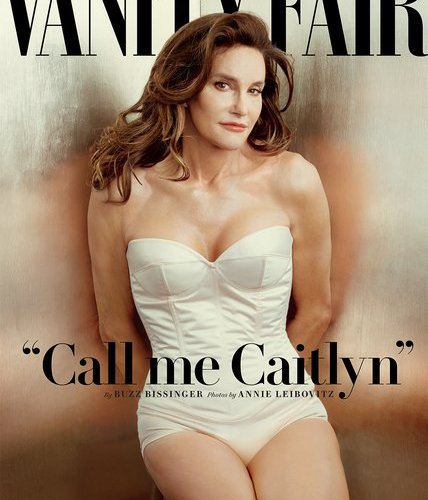 Two, of many great articles, present contrasting perspectives on the world’s introduction (or re-introduction) to Caitlyn Jenner.

Vanity Fair features Caitlyn on their cover, in a shoot with Annie Leibovitz, releasing the first images of this new Trans* icon.

In response to the flurry of praise and adulation, and mostly subdued shock and nose-turning-up, NoWooWoo.com posted a thought-provoking response, asking whether we are missing the point and possibly failing to acknowledge the continued bias in our media to glorify privileged, powerful people`s journeys – while under-reporting the lived experiences of those without the means to glamorously realize themselves and their identities.

First, I think Bronwen (NoWooWoo.com) is a brilliant writer and have shared much of her (your) writing with my students. Big fan. So, please consider this small criticism in that context.

I definitely agree with much of the critique of the media`s coverage in NoWooWoo`s article, especially the irony of Timbaland’s quote.

I agree that class and race, and certainly privilege play into this discussion and the media’s coverage, but to wave away the hugeness of this coverage, even slightly, by saying that her whiteness is a reason it shouldn’t get ‘column inches’ is maybe unfair. Is it? I wonder a little. She didn’t choose her birth gender, or her race. One of these she has been able to fix so that her identity is cohesive.

I’d be more inclined to agree that more column inches shouldn’t be given to any of the Kardashians. But if a white woman is getting press, I’m happy its advancing the visibility of queer/trans* people and the LGBTQ community – even if the person’s race, class and power make them part of a privileged group. She is so much more than class, race and gender categories can fairly capture. So, I’d argue she’s not ‘just’ another beautiful, white woman on the cover of a magazine. She has the means to pursue her transition in a way that many are barred from due to lack of resources, access and communities supporting them. However, Caitlyn has a lot to lose and is going to be subjected to the worst vitriol that the social media world has to offer.

With fingers crossed that the world will be kind, I try to maintain a bit of empathy, mixed with pride at her bravery, and just hope she’ll use the platform to move the bar forward for those with less visibility and voice.